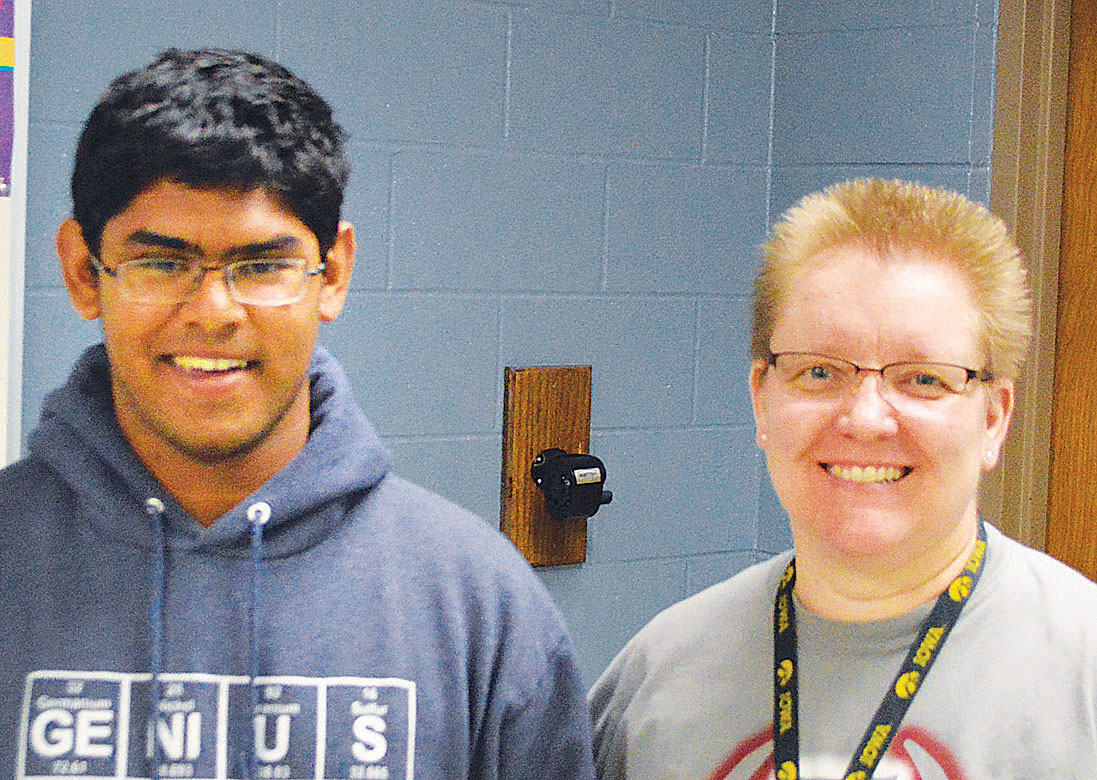 FAIRMONT — When an emergency strikes, will you be ready?

Fairmont High School student Tony Joseph now knows the answer, and it is a resounding yes.

Joseph recently assisted in saving the life of a fellow student who was choking, and he credits the skills he learned from teacher Chris Engelby’s health classes for his ability to act quickly.

Joseph shares his story of the event, which almost didn’t seem real to him at the time:

“I had to come in early for school one morning,” he said. “I was supposed to meet with some teachers and they were at a meeting so I decided to grab some breakfast, and as I’m walking back from throwing away my trash there’s this girl who has her back toward me, and she stands up with her hands around her throat. My first reaction was that this was some sort of lame joke.”

“It just doesn’t happen, people don’t choke; it’s something you just learn about in health class,” he continued. “As I’m walking I get a glimpse of her face, and her expression told me it was not a joke. The other thing I realized is that nobody knows what to do, there was just a table of eighth- and ninth-graders.”

“Granted, when I was a freshman I wouldn’t have known what to do either, but there were three paraprofessionals against the back wall and they haven’t realized she’s choking, and these freshmen don’t look like they’re about to get up and help her.”

From there, Joseph says he went into what felt like auto-pilot.

“I go up and point to one freshman and tell him to get one of the paras,” he said. “The girl is still choking and it was almost textbook, she had her hands to her throat and there was enough space for me to get behind her and start doing the Heimlich like we were taught in Mrs. Engelby’s class. There were no complications, it was just go behind her and find the navel, couple my hands one or two inches above and make that fist like motion and compress inward and upwards.”

Joseph said he continued his actions until one of the paraprofessionals came on the scene and took over. He states that even though he knew what he was doing, he didn’t feel like he had made much of a difference in her situation.

“As soon as the para got there, I went to go get some paper towels to help her clean up, and by the time I got back she was better, and I always thought it was the para who was the one who helped,” he said. “But from what the para told a couple of people, he said that her choking had subsided by the time he got there.”

“I think the key here was that you took the initiative,” Engelby told Joseph. “If you hadn’t done that, I don’t know how much longer it would have taken for an adult to come and help her.”

Engelby went on to share that she appreciates Joseph’s quick thinking and actions, all of which were based on skills he learned in her class one year ago.

“When I teach the kids to save someone that’s choking, I tell them I hope that they get the proper skills so that when they come across someone they can help save them and Tony did exactly that. One of the first things we’ll talk about is how someone will usually stand up and have their hands to their throat, and he recognized that.”

“My mom told me a story of a 19-year-old girl that was recently on Good Morning America,” Engelby said. “She had gone to this pancake feed fundraiser and started choking on her food, and there were nurses and paramedics there but they couldn’t save her; they could not dislodge those pancakes from her throat and she died. So this girl died from eating a pancake, and that just shows that people can die easily, just by choking on anything.”

This marks the second time in a year that one of Engelby’s students has saved a life using the skills they learned in her class. On June 21, 2016, Fairmont resident Jordan Voss was saved by a friend, Lucas Miles, who utilized CPR skills that he remembered from high school.

“This is real-life stuff that I’m teaching in class, and doing hands on training for choking and CPR is one of the highlights of my class,” Engelby said. “It’s pretty awesome to have two of my students that have used those skills and have saved lives.”

Editor’s note: A variety of area church leaders were contacted for this article. Not all answers were able to be ...

BLUE EARTH — United Hospital District officials are urging people who suspect they may have coronavirus ...

FAIRMONT — Whether you live alone or are confined with your family, the “stay-at-home” order issued by Gov. ...

FAIRMONT — Fairmont are businesses can now apply for a grant to help them recover from the effects of the ...

Legislatures across the country meet remotely

Today's breaking news and more in your inbox